What Is Nitro Coffee?

There are many trends in the coffee industry no one can actually point to their origins, they just seem to take a life of their own and start getting entire conferences dedicated to them.  Today we’re going to look further at nitro coffee.

Cold brew coffee, coffee cocktails, and their different recipes and now nitro coffee. Nitro is actually a type of cold brew coffee infused with nitrogen gas which gives it its characteristic taste and flavor. 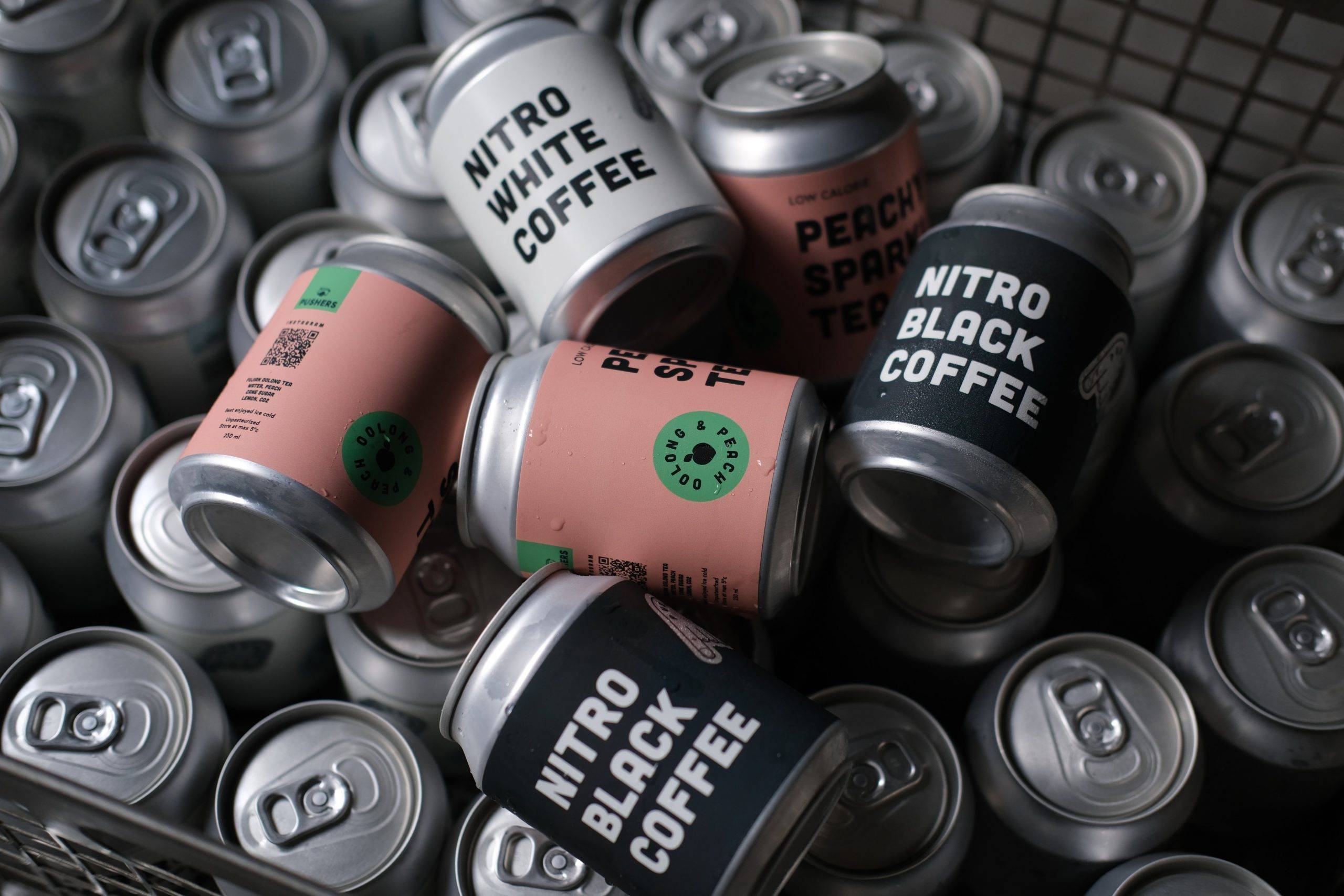 Adding gas to drinks to increase shelf life and improve taste is nothing new by the way, Coca-Cola’s been doing it for ages, carbon dioxide (CO2) is responsible for the fizzy sound you hear every time you open a bottle.

Nitrogen is a tasteless and odorless gas so I guess you’ll be wondering what it’s doing in a Nitro coffee drink.

Remember the bubbles produced and carbon that escapes when you open an average soda drink? Nitrogen makes it even better, especially for coffee lovers.

Infused nitrogen will increase the amount of foam in your brew, so it does the work of whipped cream without you adding any to the coffee, and it even gets better if you actually add cream.

If you’ve ever seen the foam produced by a bottle of Guinness when it’s turned into a tumbler it should give you an idea.

Yes, Guinness beers are infused with nitrogen gas and are called nitrogenated just like it’s done for the “carbonated” soda drinks. 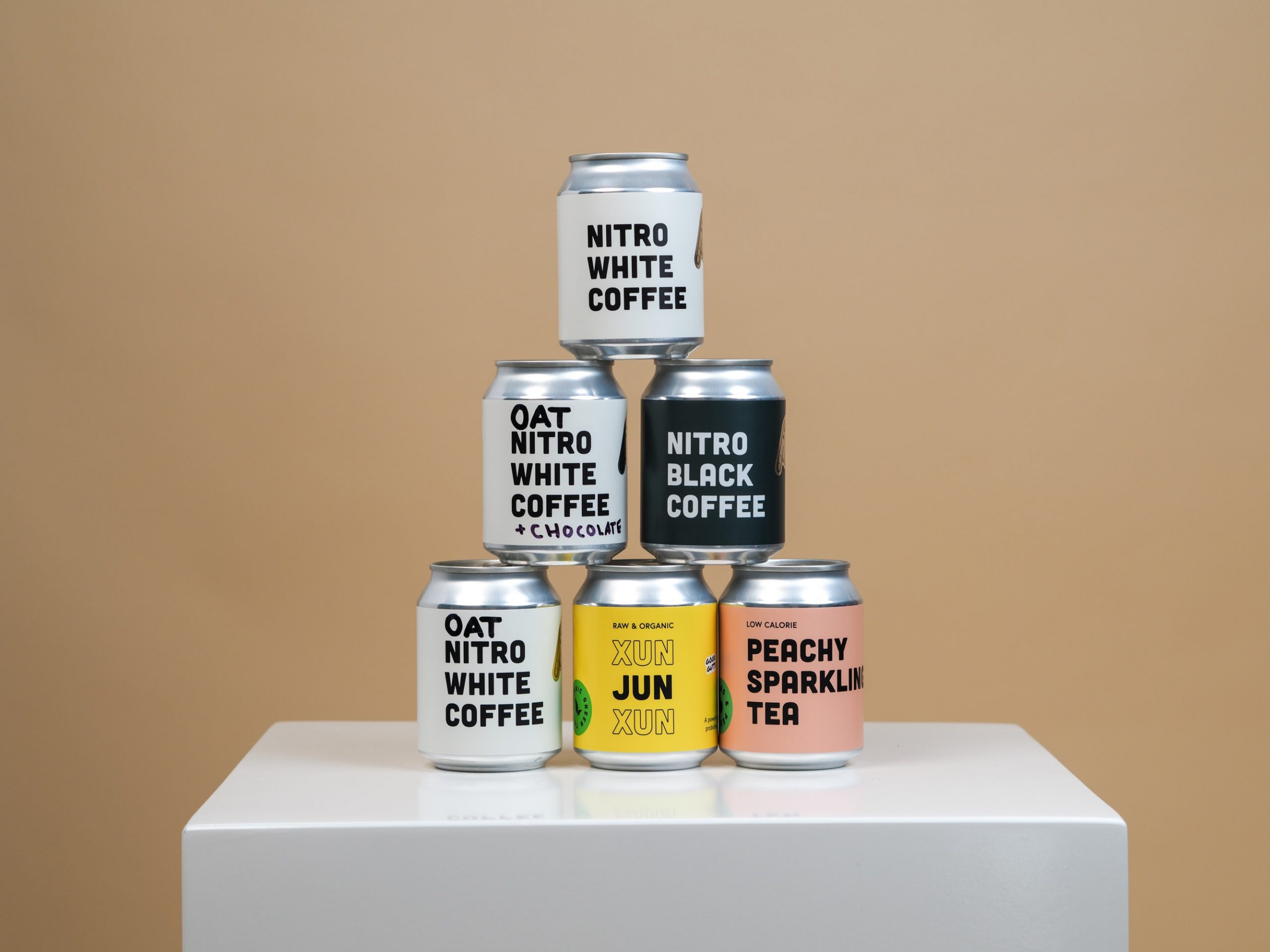 You can choose to have your Nitro cold brew fresh or served in a can but there are still different ways to serve each of them.

It’s actually difficult to infuse nitrogen gas into any liquid at all so the coffee is usually served on tap. Nitrogen is poorly soluble in water so a specialized equipment is used to force the gas at high pressure into the coffee.

This is a very technical step in the brewing process so yes you’ll need this equipment and some amount of practice to perfect brewing this on your own.

Vanilla syrup and whipped cream are the common tasty extras but you can go as far as including cinnamon, nutmeg, chocolate and mint in yours.

A Few Things About The Nitro Coffee

It’s a cold brew so quite popular among people who are on a fitness plan because it’s less acidic than regular coffee so easier to digest and faster to move through the bowels.

The canned nitro contains mainly the healthy unsaturated fats so will fit perfectly into any weight loss plan though you might want to watch the higher caffeine content since it uses less water than regular coffee.

The beverage is available in many coffee shops with very little difference in taste because it has more to do with the method than it has with the technique so any barista with the equipment will produce very similar results.

What Equipment Do You Need?

Standard equipment used in brewing the Nitro coffee make is quite expensive, complete sets start at $200 but there are alternatives you can use.

You can buy a whipped cream dispenser, look for the variant with a Nitro pressure pump. You’ll use the Nitro part to infuse nitrogen into the coffee.

Ingredients include 220ml strong coffee and 780ml water or milk if you choose to produce 1L of cold brew coffee.

The method depends on the equipment in use, each will have its own instructions but generally, the liquid is forced through tiny holes to get the gas in, the coffee gets better if smaller nitrogen bubbles outnumber the larger ones.

Nitro coffee is quite new among coffee lovers, you can make one yourself or get a can from the store to try it out, this post can help you with that.