It’s easy to get confused by a lot of the terms used by fans and enthusiasts in the coffee industry, especially if you’re a novice. That’s why we’ve put together this coffee terms glossary to help you better understand what people are talking about.

Sorted alphabetically, here’s an exhaustive list of key terms that can help bring you up to speed. 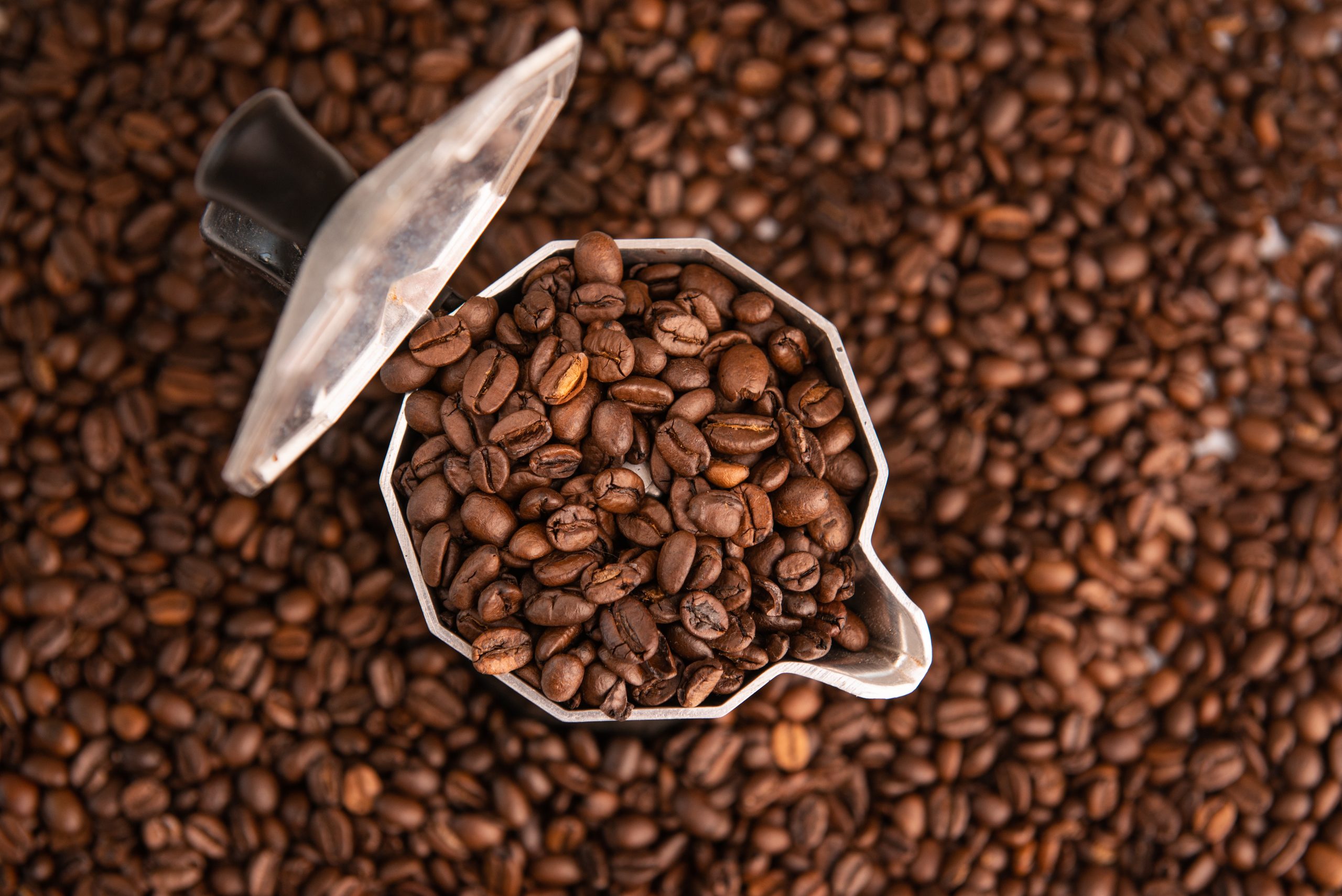 Capitalized letters used to describe the size of the bean, so while AAA denotes the largest bean size in Peru, A does the same in India.

Affogato is the Italian word for drowned. It’s used to describe ice cream that has been topped with a shot of hot espresso.

This is coffee that is stored in private warehouses for a certain period of time to improve its flavor and reduce acidity.

Aged coffee is not the same thing as old coffee, the latter would lose its flavor with time but aged coffee is carefully monitored to prevent the development of molds.

It’s a method of processing coffee beans by removing the pulp with a machine called an Aquapulper.

It’s the fragrance produced by freshly brewed coffee. The aroma is very important in cupping and is influenced by the acidity, flavor and brewing method of the coffee.

Coffee may have different flavors but balance is used to describe the situation where no flavor dominates the other. A balanced coffee is one with a nice blend of flavor, acidity and body.

That’s the name of the person who prepares and serves coffee in a restaurant.

It’s coffee grown under a shade canopy of trees without pesticides applied on the land.

This refers to the thickness of the coffee as it settles on the tongue. The body is an important feature evaluated when cupping.

A coffee’s body can be light, medium or full. A full body coffee will have the richest flavor. 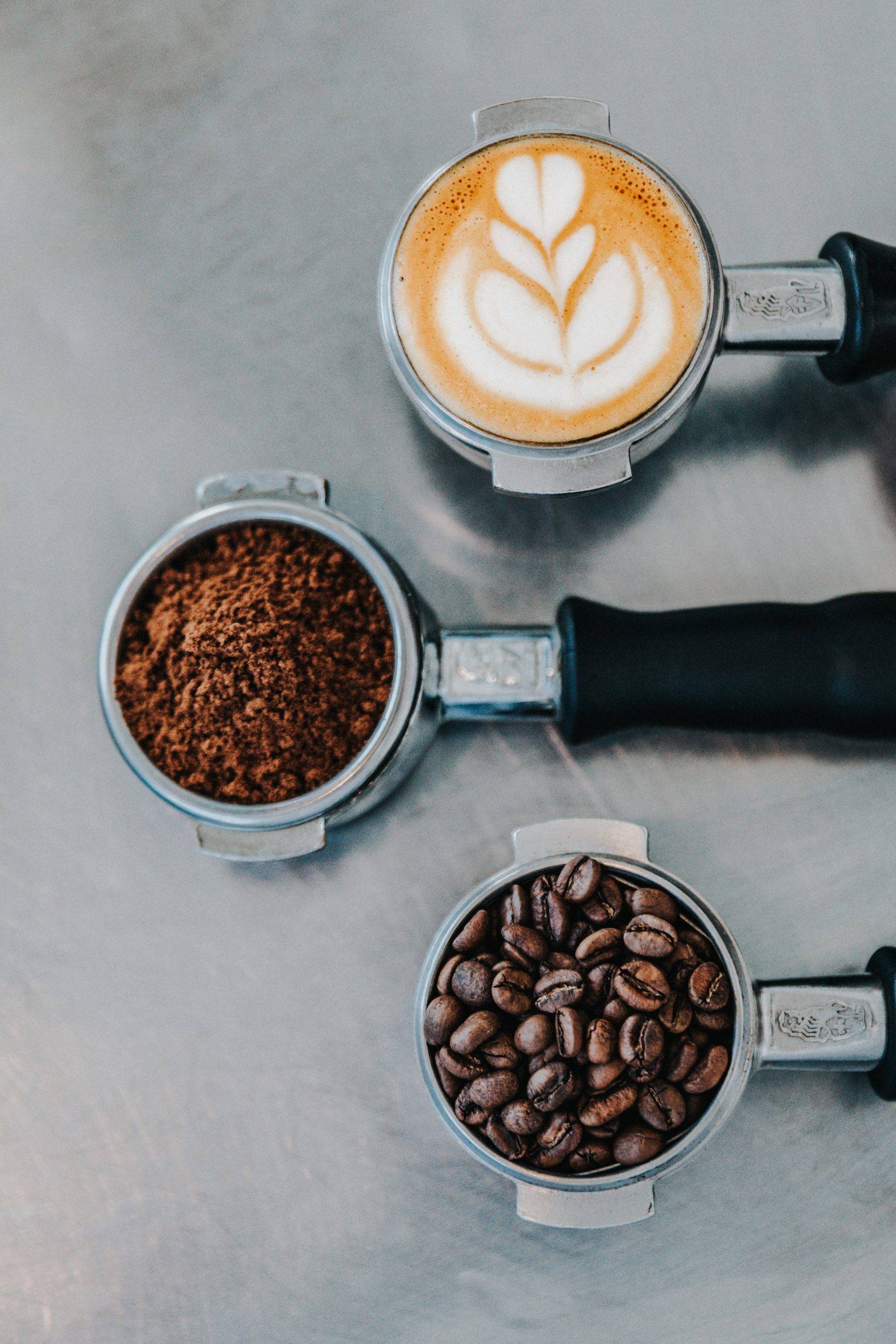 It’s different from a blade grinder which has a blade in the center of the grinder for crushing the coffee beans.

It’s the stimulant found in coffee responsible for the physiological effects experienced after drinking.

Depending on the quantity of caffeine in the coffee grounds, anxiety, insomnia and increase in urination can set in.

It’s a coffee drink made with espresso and foamed steamed milk.

The Chemex is a coffee maker which uses filters that are 30% thicker than normal to produce coffee with no dominating flavor.

It’s a coffee brewing technology which produces coffee one cup at a time.

This is a method of brewing coffee where coffee grounds are mixed with cold water and left for eight to twenty-four hours.

Filtration is then done to produce concentrated coffee that can be stored for up to two months.

Hot water can then be added to the cold concentrate anytime you need a cup of coffee. This method produces light body coffee and reduces the acidity of the final drink.

Different from the batch roaster, the continuous roaster produces coffee at a fixed rate per hour usually measured in pounds per hour.

An espresso coffee topped with an equal amount of steamed milk.

The layer of foam sitting on top of an espresso, usually as a result of the amount of pressure produced by the machine.

You can call it coffee tasting, professionals use this to evaluate the quality of coffee but non-professionals can also be invited to grade different cups of coffee.

This is coffee harvested during the current farming year. It’s shipped for roasting immediately after harvesting.

Old crop is used to refer to coffee harvested during the previous year. Old crop coffee is usually held in warehouses before shipping.

It’s a term used to describe the method of roasting coffee beans until oil develops on its surface. You could also have a light and medium roast.

Light roasts are light brown, don’t develop oils on roasting and have a high acid content.

It’s the process of removing caffeine from coffee beans. Caffeine isn’t completely removed but it’s usually up to 97%.

This can only be done when coffee is in its green (unroasted) state.

It’s the release of gases like carbon dioxide trapped within the coffee bean during roasting. These gases can produce little bubbles during coffee brewing.

This is a small 60-90ml cup used to serve espresso. Demitasse means half cup in French.

It’s a component of some coffee grinders that dispenses single servings or doses of ground coffee. Devices that do this are called dosing grinders.

DP is an abbreviation for double picked. It’s used to describe coffee that has been hand-picked twice to remove pebbles, abnormal coffee beans and foreign matter.

Coffee made in an automated drip coffee maker. A filter is used to get finely ground coffee and then boiling water is slowly added.

It’s a strong black coffee of Italian origin made by adding water under pressure through ground coffee beans.

This is coffee that has been produced to fair trade standards. Fair trade organizations set prices called “fair price” for buyers and farmers.

Employing child or forced labor is not allowed by these organizations.

This is a stage in coffee processing where the pulp is detached from the coffee bean by natural enzymes when the beans are kept in tanks (to ferment).

Wet and dry fermentation are the two types. If water is added to the tank, it’s called wet fermentation.

Flavoured coffee is made by coating the bean with flavouring agents to improve its natural taste.

The finished product is sealed in bags to prevent exposure to oxygen.

The French Press is a device made of a plastic or glass cylindrical beaker for brewing coffee, a base for storing the coffee grinds and a plunger for releasing prepared coffee.

This is milk that is heated while air is introduced into it, it’s used in espressos.

Also called green beans, it’s coffee beans that have not yet been roasted.

It’s a stage during coffee processing where the parchment skin is removed from the coffee bean.

A coffee drink made by mixing espresso with steamed milk.

It’s also espresso with steamed milk but different from Latte as it has a small amount of foamed milk.

A plot of land set aside to produce coffee of high quality. Professionals usually separate them if they have a high cupping score.

Production isn’t done on regular land to avoid a blend in flavor.

This is a device used to roast coffee in small quantities to exact specifications. It’s also called a batch roaster.

The pot uses a filter and produces strong coffee.

A method of coffee brewing where water seeps through a bed of ground beans.

It’s an optional stage during coffee processing in which the coffee beans are polished by friction to improve its appearance.

A component of some espresso machines that holds the coffee grounds before, during and after brewing.

This is an espresso machine that uses a pump to force pressurized water through coffee grounds.

This is a chemical change during roasting in which the oils that contribute to the coffee flavor are released.

Coffee with the right flavor, body and acidity.

It’s a coffee drink brewed in the same way as an espresso but with a smaller amount of water to produce a more concentrated drink.

The innermost covering of the coffee bean.

Single origin refers to coffee that’s gotten from a single producer or region in one country. It could also mean coffee sourced from a particular bean variant in one country.

Now you should have a clearer idea of what specific phrases mean. Think we’ve missed any terms out? Be sure to leave a comment and we’ll update the post!