Chemex vs Cafetiere: Which to Choose?

Manual coffee-brewing methods are all the rage today and the Chemex and cafetiere devices are partly responsible for that.

You’ll get a coffee that’s more flavorful and one which guarantees you more control when you get a manual machine. They’re quite portable as compared to the automated ones and allow you room for creativity.

Before we get into specifics, let’s look at each of them.

The Chemex works through a process called cold filtering where a solution of coffee grounds and hot water is poured into a filter and gravity is used to separate the liquid coffee from its residue.

The machine was invented by a German chemist Dr. Peter Schlumbohm in 1941.

The Chemex is also a work of art, its hourglass design has earned it a place in the Museum of Modern Art.

The device uses filters but they’re specially designed filters which are thicker than the ones on a regular coffee maker.

These filters prevent the coffee bean oils from influencing its flavor and they trap cafestol, an agent which raises the cholesterol levels in the body.

The traditional cafetiere is a cylindrical pot with a vertical plunger at the top though we’ve had modifications to this design in recent times with the pot coming in glass, plastic or stainless steel variants.

Also referred to as cafetière, press pot or coffee press, it was invented in 1929 and was patented by Attilio Calimani in the same year.

The cafetiere works mainly with coarsely ground coffee and is very popular among coffee lovers due to its simplicity and ease of use.

Chemex vs Cafetiere? What’s The Difference?

Both coffee makers share some similarities in features but their differences set them apart. Let’s look at each in detail:

The cafetiere produces good coffee but only with coarse grounds, quite different from the Chemex that works with coarse or medium grounds.

The double bonded filters on a Chemex work to produce a consistent flavor by trapping foreign matter but the coffee body and oil do influence flavor in a cafetiere.

Also, a coffee press can be used to brew loose tea or make cold brew coffee but these drinks are not as good when made with a Chemex.

It takes seven minutes to brew coffee on a Chemex device but this time is only four minutes on a cafetiere and there are a few reasons for this.

First up, the drip process is the technique used on a Chemex and one of its disadvantages is that you can’t control the speed at which water moves through the coffee grounds.

The plunger on the Coffee Press enables you vary speed so that halves the time spent.

You’ll also have to keep the grounds continuously saturated on a Chemex but no continual pouring is needed when brewing with a cafetiere.

Both devices make it fun to manually brew coffee but the shorter time spent on the cafetiere makes it easier to use.

Perfection isn’t repeatedly attained with a Chemex machine ‘cause once you’ve identified a good technique to pour out the water, you’ll need to maintain it until you’re done brewing.

You can tweak the grind quality and water temperature with a cafetiere without the need for mechanical accuracy and its design makes it more portable than the Chemex.

Cleanup time is shorter on a cafetiere because it’s easier to clean inside and get rid of unused grounds.

You’ll only have problems with cleaning the plunger and this gives the Chemex a bit of an edge as it has no plunger.

A cafetiere will provide eight to ten cup servings of coffee while a Chemex maker will do only six (4-5 oz per cup), this is largely due to their cylindrical and hourglass designs.

Both devices can come in glass variants so if you’re using these, you should be very careful while brewing so you don’t break the pot.

Durability depends largely on the manufacturer as some of them use extra thick glasses and BPA-free lids in their devices.

Chemex and cafetiere generally start off at the same cost but the Chemex becomes more expensive as things like a gooseneck kettle and a scale improve the quality of brewing.

Filters are not needed on a Coffee Press so the double bonded Chemex filters (which are more expensive than ordinary filters) are an ongoing cost.

Two factors affect the taste of the average cup of coffee, its body and flavor.

These factors can be contaminated by soil debris and other foreign matter but the brewing device used can extract the body and flavor from their mixtures.

The Chemex’s filter traps the oils in the coffee’s body and flavor so it provides you a cleaner cup of coffee.

Sometimes these oils do improve the taste of coffee, especially when you’re dealing with bitter coffee beans so you should ask before buying, the extent of flavor extraction it requires.

What steps take you from coffee grounds to a cup of coffee? That’s the brewing method. 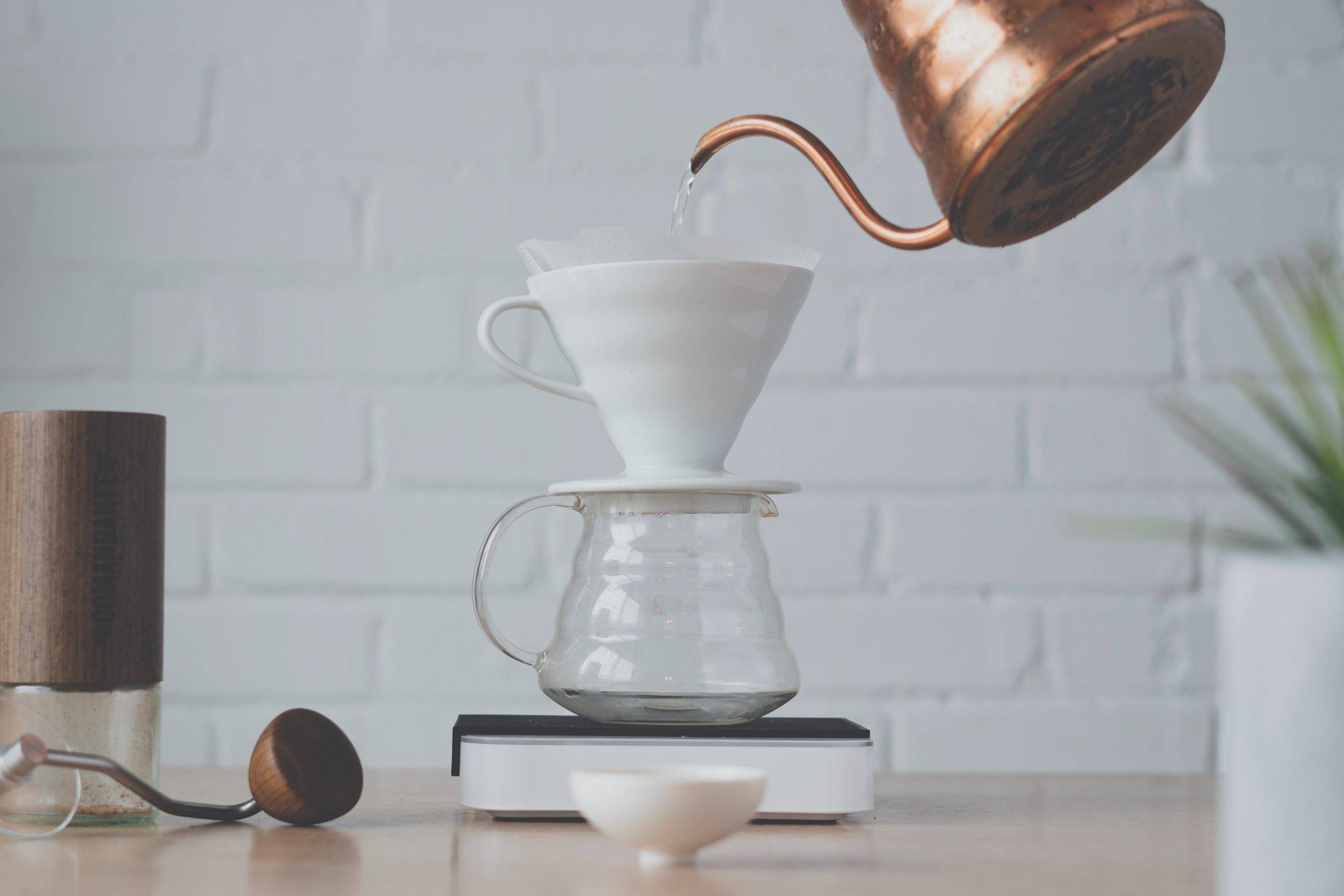 Here’s how it works for the Chemex:

#1. Heat water to 250°F. You can use a temperature scale to monitor this or simply heat to boiling point and allow to cool for 30 seconds.

#2. Unfold the Chemex filter and insert into the brewing pot then add the hot water continuously for five seconds.

#3. Pour your coffee grounds into the filter and shake a bit until they’re leveled.

#4. Add more water to saturate the coffee grounds and let this mixture sit for about 45 seconds. This is called blooming so the coffee will release its aroma while brewing is going on.

#6. Draining should continue for about 3 minutes after which you can discard unused coffee grounds.

Here’s how it works for the cafetiere:

#1. Preheat your press by pouring hot water into it so it would be able to hold hot coffee for a long period but this won’t be necessary if an insulated glass is used.

#5. Allow to mix for 30 seconds and stir after that till your coffee is ready.

#6. Place the lid over the pot and push the plunger till your coffee is out.

So what will it be? Chemex vs cafetiere?

There’s no one size fits all manual coffee maker so check for the features that appeal to you and make your choice.